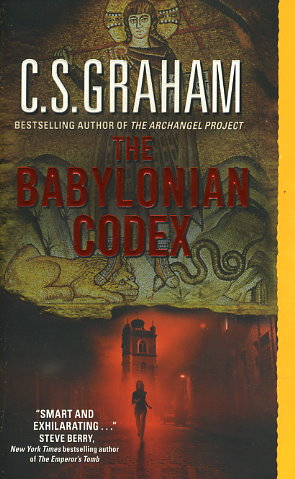 Share:
An ancient Biblical prophecy . . . The convening of the richest and most powerful men on earth . . . The sudden, mysterious death of the vice president . . .

When Iraq War vet October "Tobie" Guinness volunteers to remote view a priceless artifact looted from war-ravaged Baghdad, she unwittingly becomes the main target in the midst of a horrific bloodbath. Now a fugitive accused of murder, Tobie turns for help from her sometime partner, rogue CIA agent Jax Alexander. Ranging from a high-mountain Moroccan kasbah and a medieval English church to a frozen Idaho lake, the two must race to unravel the secrets that link a long-lost mosaic to a mysterious Biblical codex, in time to stop a deadly cabal of powerful zealots with a chilling plot to remake the world and bring on the Second Coming.