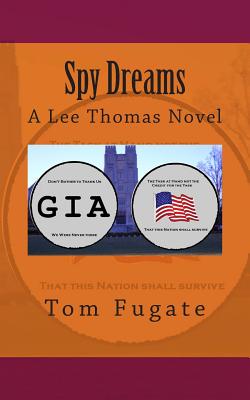 Share:
Lee Thomas grew up reading James Bond. Matt Helm and similar books. He watched spy movies and televisions shows. He not only daydreamed about that world, but he trained himself. Elaborate practical jokes caught the attention of a high school teacher with some clandestine work in his own background. The teacher contacts an old comrade in arms. Lee is watched from that point forward until fall of his senior year of college. a strange visitor to his dormitory room at Virginia Tech makes him an offer that he has hoped for since he read his first espionage novel. His self training pays off in college when he is recruited to be a secret agent. Life gets interesting for him from that point forward. Lee loves the job, but quickly realizes that the shadow world is not the easiest path to walk. "Spy Dreams" chronicles his recruitment, training and a first mission that goes anything but according to plan. Lee's self taught abilities and his training allow him to survive several bad situations and continue living out his spy dreams.