Risking It All — Kat Faitour 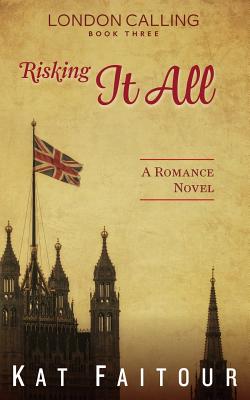 
What's not to love?

Dominic Martin always played to win, even if it meant breaking the rules or bending the law. But his last corporate hack cost him the one thing that mattered most. Swearing himself to be reformed, he's returning to London where everything went disastrously wrong.


A year ago, Natalie Enfeld lost both her heart and reputation when Dominic seduced and betrayed her. Now she's rebuilt her life and sworn off anything--and anyone--that threatens her hard-won independence and newfound career.


But Dominic is back and determined to win her over again. Can Natalie resist the charming allure of the man she once adored? Or this time, will she turn the tables, take what she wants, and leave him?


In the high-stakes world of a luxury casino, love becomes the biggest gamble of all.


Smart. Sexy. British.
If you like sexy romantic sagas packed with passion and intrigue, then you'll love London Calling! The books are best enjoyed in the order they were written:
A Matter of Trust
Losing Angeline
Risking It All
The Price of Winning
Angeline's Return