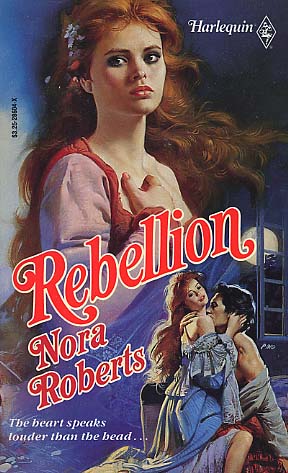 Scotland, 1745. Against the bloody background of the Battle of Culloden, another war was waged and won--the price was honor, the victory, love.

A flash of petticoats, a banner of red-gold hair--one look at Serena MacGregor and Brigham Langston was captivated. But thought she had the face of an angel, this Scots lass was a wildcat, spurning his advances with a rapier-sharp tongue. He was English, so she despised him.

Scottish beauty Serena MacGregor's hatred of all English began as a child when she watched as a band of Englishmen attacked her mother. Her brother's friend Brigham Langston was no exception to Serena's loathing--despite his supposed loyalty to the Scottish cause… and his good looks. But disgust wasn't all Serena felt, for Brigham was as handsome as the devil, tempting as sin. In his arms she melted with the heat of their passion.

Although Brigham eventually proves himself worthy of the MacGregor family's respect, Serena is still reluctant to abandon her hatred for him and his heritage. But Brigham has other plans. Serena has captivated him with her beauty, her passion for life and commitment to her beliefs--and he refuses to let her antagonistic attitude keep him from winning her. And Serena must learn to open her mind--as Brigham opens his heart--to see the true love awaiting her.
Reviews from Goodreads.com