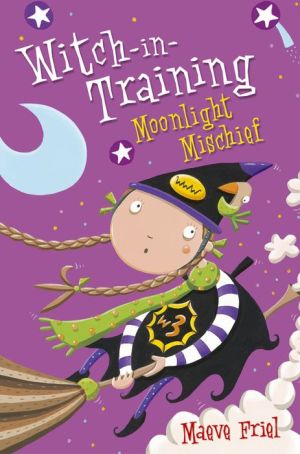 Everyone's favourite Witch-in-Training is back in a whole new magical adventure!

Jessica is off to the Witches' Games at Coven Garden to compete in the Witch-in-Training Championship Hurdles, but she soon discovers the other witches are determined to win â€" and will even use trickery if they have to!

With high jinks and low tricks, the seventh book in this sparkling series is sure to please mischievous young magic fans everywhere.

Maeve Friel was born in Northern Ireland and went to university in Dublin. After many years working and travelling in Spain, Italy and England, she now lives in a small village near Alicante (Spain). She has a son and a daughter. Apart from the Witch-in-Training series, she has published four novels for older readers, a book for young readers and a book of non-fiction as well as featuring in many short story anthologies. She has been short-listed three times for the Irish Children's Book of the Year (Bisto), has won a Bisto Merit Award, was twice nominated for the Reading Association of Ireland literary awards and won the Hennessy Literary Award. She has also had stories broadcast on BBC Radio 4 and RTE.