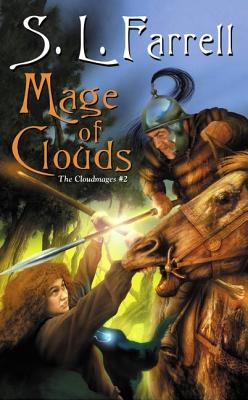 Share:
Jenna MacEagan has been Banrion in Inish Thuaidh since the end of the devastating conflict with the lords of the other Tuatha. But now the Ri Ard, the High King of those Tuatha, has grown frail and may soon be replaced. And when Jenna's own half brother Doyle appears in the heart of Dun Kiil Keep to tell her their mother has died and to warn her that he arid the future Ri Ard await only the right moment to strike at Jenny and those she holds dear, she knows she can no longer put off the inevitable. She must send her daughter Meriel to the Order at Inishfeirm to be trained in the use of the magical stones, the clochs na thintri. For Jenna feels that one day Meriel may well be called upon to fill her place as First Holder, the wielder of the most powerful of all the clochs na thintriLamh Shabhala.

Yet Inishfeirm may not prove the training ground and haven that Jenna expects. For Meriel is not like her mother, and she has no desire for power. As she begins her training with the cloch known as Treorai's Heart, Meriel finds it offers her a magic more to her liking and extremely rare--the ability to heal. And she also gains both a mentor and friends among the Order. But when Doyle stages an attack, friendship turns to betrayal and Meriel is thrust into the hands of her mother's enemies. Suddenly she's become a pawn in a deadly game where lives are worth far less than the clochs na thintri.

Will Jenna trade everything she has fought for--and so many have died for--to save her daughter's life? Or will Meriel become a helpless sacrifice in the devastating struggle between her mother and her uncle?