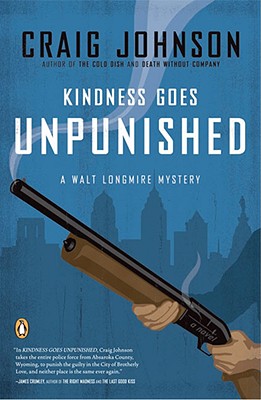 Share:
Walt Longmire returns for his third adventure but this time he is in the City of Brotherly Love, where no act of kindness goes unpunished

Walt has been the sheriff in Wyoming's Absaroka County for twenty-four years, where his wit and charm have helped him solve many crimes. But that can't prepare him for the savage attack on his daughter, Cady, a Philadelphia lawyer who has unwittingly become embroiled in a political cover-up. As Walt and his best friend, Henry Standing Bear, scour the city for clues, he gets help from his deputy Victoria Moretti and her family of Philly police. But Longmire wasn't born yesterday. He's willing to pull out all the stops to find Cady's attacker and show the big city that this old-timer has a few moves left in his saddlebag of tricks. Those who enjoy Tony Hillerman and James Lee Burke will delight in Johnson's newest Sheriff Longmire adventure.