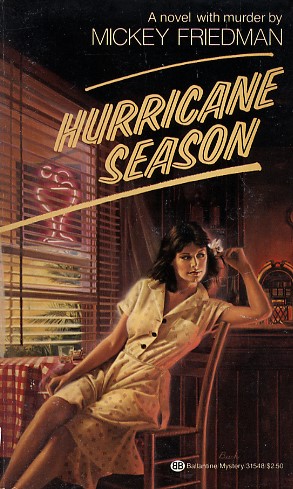 But it was an ill wind that blew through the Gulf-coast Florida town in the summer of '52. Diana Landis, well-known in every barroom, and more than a few bedrooms in town, was found beneath the dock, afloat in a fishing net. Her lover, Bo Calhoun, had already seen his family's moonshine still set ablaze by arsonists. Congressman Robert "Snapper" Landis seemed more interested in his tough reelection campaign with Gospel Roy McInnes than in his daughter's murder. And Wesley Stafford, a young seminarian more familiar with salvation than seduction, was in jail when, it seemed, he confessed to the killing.

All that was before storekeeper Lily Trulock left her neglecting husband to his beekeeping and ran her skiff to the island of St. Elmo, where an even bigger wind threatened to blow the lid off the whole county!