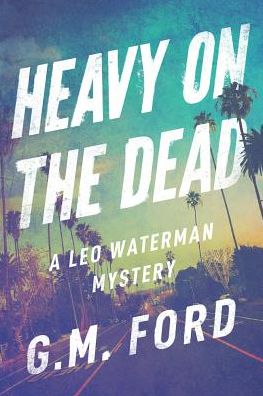 One body on the sunny beach is all it takes for PI Leo Waterman to feel a chill.
After seven months laying low in Ocean Beach, California, Seattle PI Leo Waterman has finally stopped looking over his shoulder—specifically, for the vengeful band of Washington white supremacists who blame Leo for blindsiding their big plans for America. Where better to disappear with his bodyguard, Gabe, than this laid-back stretch of San Diego heaven? But when Leo finds a boy’s body on the beach, he comes out of hiding to investigate.
That’s when Leo discovers that the victim is not an isolated missing-persons case. It’s the key to something bigger, and it’s leading Leo and Gabe into the dark heart of a human trafficking ring in Mexico. But whatever dangers lay ahead of them, they’re matched threat for threat by what’s coming up from behind.
Because the fanatics back home haven’t given up on Leo. Now he and Gabe are caught in the cross fire between two evils. And each one has its own reasons for making sure both men end up dead and buried. Heavy on the dead.
Reviews from Goodreads.com