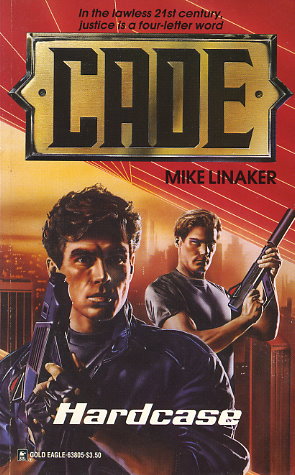 HARDCASE
A series of seemingly random murders put Cade and Janek on to a far-reaching conspiracy orchestrated by a billionaire industrialist and military renegades with visions of taking over the U.S. government and military. Amos Sinclair has powerful people on his payroll and an army of combat androids doing his dirty work. A high-speed death race proves the bad guys know every dirty trick in the book. But Cade has something new to teach them.