Gregor and the Curse of the Warmbloods — Suzanne Collins 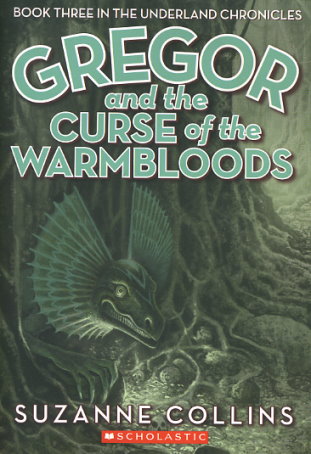 Share:
WITH TWO PROPHECIES FULFILLED, Gregor is now focused on the Prophecy of Blood, which calls for Gregor and Boots to return to the Underland to help ward off a plague. But this time, his mother refuses to let him go ... until Ripred the rat convinces her that Gregor and Boots need to stay for only a brief meeting. Finally, Gregor's mom relents, provided she is allowed to travel with them.

When they arrive in the subterranean city, the plague is spreading -- and it has claimed one of his closest companions. Only then does Gregor start to understand how the illness plays with the fate of all warmblooded creatures, but he still doesn't know how he can help combat it.