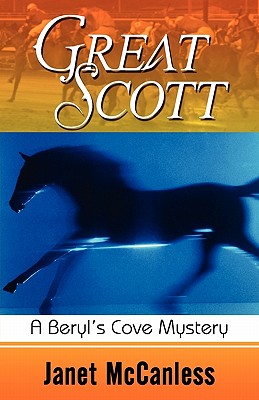 Share:
In this, the third outing for those amateur sleuths from Beryl’s Cove, North Carolina, the Thomases head out for Lexington, Kentucky, to see their race horse, Great Scott, run in the Kentucky Futurity. Mischief is afoot as an Arab sheik and his nationalist Chinese cohort have designs on Scott’s stable mate, Emerald Wizard, and make plans to kidnap the big horse. Mistakenly, they take Great Scott instead, along with Suzanne, and Steve and Gregg set out on another adventure of crime solving, rescuing Suzanne just in the nick of time. Back in Beryl’s Cove, the appearance of the town recluse, Skank Peterson, complicates the lives of all the cove residents, especially the Lorraines. Add to the mix the housekeeper of Suzanne’s and the Browns, who turns out not quite how “she” portrayed herself. Murder and mayhem follow, taking the reader up to the streets of inner-city Baltimore for the crime solution, affording the Beryl’s Cove reader another high adventure filled with excitement and humor.