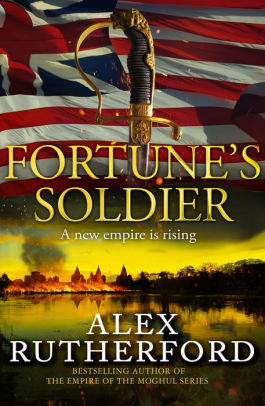 It is 1744, and Nicholas Ballantyne, a young Scotsman dreaming of a life as laird of his ancestral estate finds himself quite unexpectedly on the Winchester, a ship bound for Hindustan, seeking to begin a new life as a ‘writer’ on the rolls of the British East India Company. On board, he meets the spirited and mercurial Robert Clive, determined – at whatever cost – to make a fortune in a land of opportunity.

Over the years, their friendship sees many twists and turns as Clive’s restless hunger for wealth and power takes him from being a clerk to a commander in the Company forces, masterminding plans to snuff out rival French interests in Hindustan, and eventually leading his men to victory at Plassey – the prelude to nearly two centuries of foreign rule in Hindustan.

Brilliantly crafted, and bringing to life the momentous events that shook India in the mid-eighteenth century, Fortune’s Soldier is an epic tale of a fascinating era by a master storyteller.