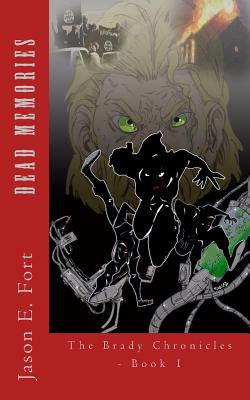 Share:
Sometimes a person has to die to their old selves and become something new entirely. Robert Brady is such a man. Follow the man who has been an assassin...a soldier...a husband...a father...and a believer. But now the world thinks he's dead. After a teenage prodigy uses the miracle of science to bring him back from the dead, Brady must re-discover more of his past and adjust to a darkening world around him. Part of this book follows Brady through his journey down memory lane as he goes through what the prodigy refers to as memory building. When out of his memory building sessions, he learns of certain side effects caused by the science prodigy's tampering. When building his memory, he learns what a dangerous man he used to be. After an unfortunate flashback, Brady and the kid somehow part ways. Before long, he comes upon a town about to undergo an incredible evil. Can the people of the town accept a man formerly known as the Jesus Assassin? Can Robert Brady regain a part of himself that the townspeople can trust? Can Brady help the town defend itself from the rising darkness? Read the next thrilling story in the John Knox universe, where the dual nature in one man will never be more tested...in Book 1 of the Brady Chronicles - Dead Memories.