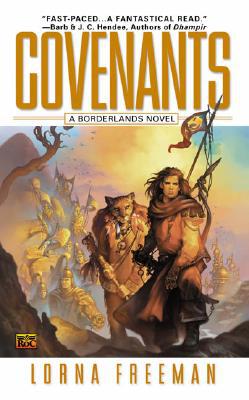 Share:
TROOPER
A horse soldier, Rabbit is nothing but a grunt in the Royal Army of Iversterre. A lost grunt, seeing as how his unit can't seem to find its way out of the mountains. But help comes from an unexpected source: a Faena--or "magical"--from the Border kingdom.

NOBLE
The Faena, a mountain cat named Laurel, blows Rabbit's cover. Turns out he's not just some poor Border farm boy turned trooper, but the son of Iversterre nobility. And their chance meeting is nothing of the kind. Laurel needs Rabbit's help to stop a war.

MAGE
Smugglers from Iversterre have been making runs into the Border, killing its sacred beings. It's enough to make even the calmest Border-born angry. Especially Rabbit. For he's been keeping another secret about himself. And it's about to explode--in a big way....

The Border trounced Iversterre once. It will happen again. Unless Rabbit can keep his cool and learn the rules of a game he's never wanted to play...