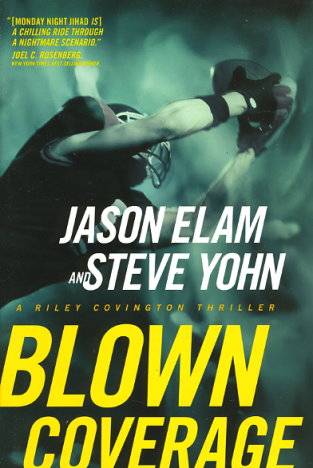 Share:
LINEBACKER RILEY COVINGTON HAS NEVER DREADED THE START OF A NEW FOOTBALL SEASON. UNTIL NOW.

The entire league is still reeling from the devastation of last season, and Riley's status on the team is put in jeopardy by a new threat. Just as minicamp kicks off, a wave of terrorist attacks sweeps across the country. Sleeper cells are being awakened -- likely by the leader of the Cause, who has escaped from captivity and is coordinating strikes not only on American cities but also on Riley and his loved ones.

As Jim Hicks, Scott Ross, and the rest of the Counterterrorism Division follow leads in Europe, Riley goes on the offensive to draw out his attackers. Unless the terrorists can be stopped, their next act of violence will be more horrific and deadly than anyone could imagine.