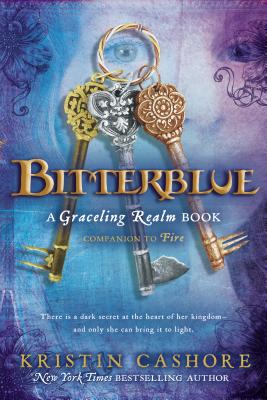 Welcome to a glorious realm of mystery, magic, heroism and danger.

In a world where a small percentage of people have an extreme skill called a Grace, King Leck's Grace allowed him to tell lies that everyone believed.

When Bitterblue became queen at ten years old, she thought her father's murder meant the end of his violent, sociopathic influence.

The intensely anticipated companion to the New York Times bestsellers Graceling and Fire is even more "rageful, exhilarating, wistful," and romantic. Now eighteen and believing her advisers are overprotecting her, Bitterblue begins sneaking outside the castle at night to walk the streets of her own city, disguised and alone -- risking her life as well as her heart.

You don't need to have read Graceling or Fire to love Bitterblue. But if you haven't, you'll be dying to read them next.

WELCOME TO THE GRACELING REALM.
Reviews from Goodreads.com