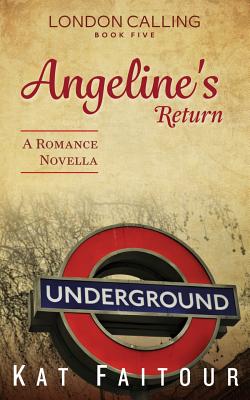 Share:
He vowed to love, honor, and cherish her. But can he also forgive?Angeline Sinclair lost everything when she made the impossible decision to leave her husband and daughter long ago. To find meaning, she rebuilt her life in London with a mission to help victims of sexual exploitation from all over the world.And she's made plenty of enemies since.John Sinclair thought he'd put Angeline and their marriage far behind him. But when incredible events throw them together again, he can't deny the passion between them is more powerful and potent than ever before.But as they each battle against the ghosts of their past, another threat awaits in the shadows. The dangerous leader of a Russian sex-trafficking ring is on the loose in London, swearing vengeance against Angeline. And soon, the struggle to reclaim their marriage becomes a desperate fight for their very lives. Angeline's Return is the fifth and final book in Kat Faitour's London Calling, a gripping romantic adventure series. If you like Nora Roberts, then you'll love this series that combines sizzle, suspense, and a cast of characters you're sure to fall in love with.Buy this electrifying romance to complete the passionate, adventure series today!