All the Possibilities — Nora Roberts 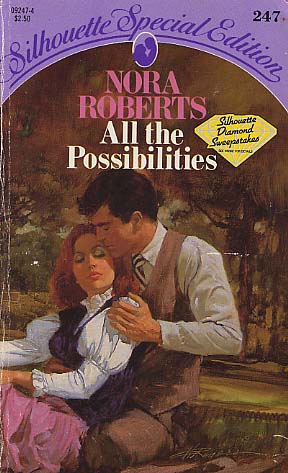 There could be nothing between Shelby Campbell and Senator Alan MacGregor. Alan's father had said a MacGregor would as soon have a badger in the house as a Campbell. Shelby's response was that given the family's idea of housekeeping, a badger wouldn't be that unusual. But the long-standing feud couldn't stop the attraction.

Nothing was going to keep Alan from getting what he wanted... but nothing could make Shelby forget the tragic loss of her senator father. How could she risk loving a man who was following in her father's footsteps?
Reviews from Goodreads.com 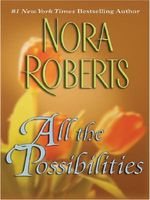