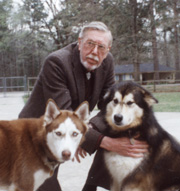 William W. Johnstone was born in Southern Missouri. He is the youngest of four children born to a minister father and school teacher mother. His parents raised him with strong morals and a solid education. He quit school at 15 and tried to join the French Foreign Legion. Unfortunately, he was too young to enlist and joined the carnival instead. He did return home to finish his high school education.

Johnstone has been a deputy sheriff, soldier, and radio broadcaster. He began writing in 1970 but wasn’t until “Devil’s Kiss” was published in 1979 that he became a full-time writer. Since then, he has written over 200 books. He writes in a range of genres including action, horror, science fiction, suspense and western. He is loved by his fans for his diversity and best-known for his western adventures.

Johnstone collects knives and guns. He is also a musician who has written and recorded songs that may be released in the future.