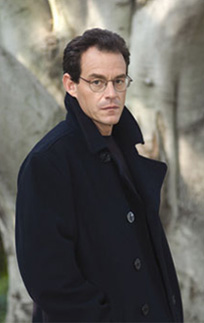 Daniel Silva is the number one New York Times bestselling author of the Gabriel Allon spy series. Silva got his start in writing as a journalist working for UPI covering the Middle East in Cairo and the Persian Gulf. Silva met and married NBC Today National Correspondent Jamie Gangel in 1987. Later, Silva took on executive producer positions for some of CNN's popular news shows. He left CNN in 1997 after his first novel, the Unlikely Spy, was successfully published. All of his novels since then have been New York Times and international bestsellers. Gabriel Allon, art restorer and occasional Israeli spy, was introduced in Silva's fourth book, The Kill Artist, and the series has been wildly popular with audiences since.