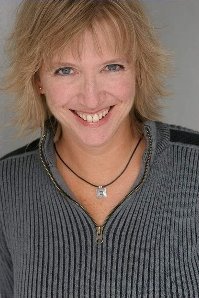 Suzanne Brockmann was born in 1960. Married with Ed Gaffney, a lawyer and published writer. They have two grown children, Melanie, who is a personal trainer, and Jason, who is an actor and tap dancer. They divide their time between Boston, Massachusetts, Sarasota, Florida and New York City. Published since 1933, Suzanne is widely recognized as one of the leading voices in suspense romance genre. She has been on the USA Today and New York Times bestseller lists and has received many awards including being named Romance Writers of America’s #1 Favorite Book of the Year three times. She has also received two RITAs and Romantic Times Reviewers’ Choice Awards.

When Suzanne isn't writing, she's busy making music. Formerly the lead singer and songwriter for an original Boston rock band, she is now vocal arranger, director, and lead alto of the eight-voice a cappella group Serious Fun. She is one of the founders and volunteer organizers of Natick's Appalachian Benefit Coffeehouse, raising money for the Cabell/Lincoln Country Workcamp, which rebuilds housing for the poor, elderly and disabled in West Virginia. She is a proud member of PFLAG -- Parents, Families and Friends of Lesbians and Gays. She is also a card-carrying member of the American Civil Liberties Union, the Human Rights Campaign, and MassEquality. A firm believer in civil rights for all people, she has fought hard to bring equal marriage rights to all citizens of her home state, Massachusetts.