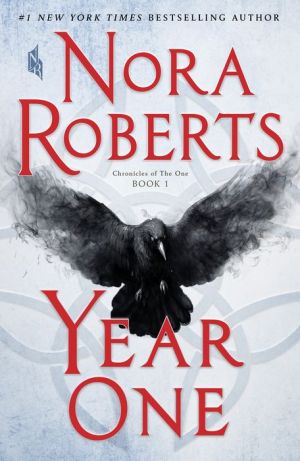 A stunning new novel from the #1 New York Times bestselling author―an epic of hope and horror, chaos and magic, and a journey that will unite a desperate group of people to fight the battle of their lives…

It began on New Year's Eve.

The sickness came on suddenly, and spread quickly. The fear spread even faster. Within weeks, everything people counted on began to fail them. The electrical grid sputtered; law and government collapsed―and more than half of the world's population was decimated.

Where there had been order, there was now chaos. And as the power of science and technology receded, magic rose up in its place. Some of it is good, like the witchcraft worked by Lana Bingham, practicing in the loft apartment she shares with her lover, Max. Some of it is unimaginably evil, and it can lurk anywhere, around a corner, in fetid tunnels beneath the river―or in the ones you know and love the most.

As word spreads that neither the immune nor the gifted are safe from the authorities who patrol the ravaged streets, and with nothing left to count on but each other, Lana and Max make their way out of a wrecked New York City. At the same time, other travelers are heading west too, into a new frontier. Chuck, a tech genius trying to hack his way through a world gone offline. Arlys, a journalist who has lost her audience but uses pen and paper to record the truth. Fred, her young colleague, possessed of burgeoning abilities and an optimism that seems out of place in this bleak landscape. And Rachel and Jonah, a resourceful doctor and a paramedic who fend off despair with their determination to keep a young mother and three infants in their care alive.

In a world of survivors where every stranger encountered could be either a savage or a savior, none of them knows exactly where they are heading, or why. But a purpose awaits them that will shape their lives and the lives of all those who remain.

The end has come. The beginning comes next.
Reviews from Goodreads.com

Year One is the first book in the Chronicles of the One trilogy by popular American author, Nora Roberts. A deadly pandemic is devastating the world: it seems like, but perhaps isn’t, an avian influenza, highly contagious and 100% deadly, within days, to those not immune. It began on a farm in Scotland, where the McLeod family were engaging in their traditional New Year’s Eve pheasant hunt, but it has quickly spread around the globe, and no vaccine is effective. People soon call it The Doom.

The few who do not succumb have immunity, and most are simply intent on surviving, and helping others do the same, but such apocalyptic change inevitably brings out both the best and worst in human nature, and there are those bent on gaining power, on cruelty and destruction, working to their own malicious or misguided agendas. Whatever the virus is, it seems to have favoured the survival of those with certain abilities (soon referred to as The Uncannys) and, inexplicably, enhanced their abilities. Alarmingly, enough of the Uncannys are tending to a darkness that makes them a major concern for the benevolent.

As the story progresses, we follow the progress of three groups of people as they flee the city, searching for loved ones or a place to begin again. Arlys, Chuck and Freddie are dedicated to keeping the world, even in its reduced state, informed; Katie, Rachel and Jonah’s main concerns are the three babies in their care; Max and Lana are quick to see the bigger picture, but find they have a responsibility greater than they could ever have imagined. They have survived the Doom; will they survive what is to come?

Roberts has a real talent for creating characters that the reader is willing to invest in and care about, and it’s easy to credit Stephen King’s quote on the rear cover “I love Nora Roberts”: she effortlessly equals his power in storytelling. The characters and their interactions are at least as important as the plot, which certainly does have elements of predictability, but there’s also a great twist to make it really interesting. Book Two, Of Blood and Bone will be eagerly anticipated. Recommended!