Hiss and Hers — M.C. Beaton 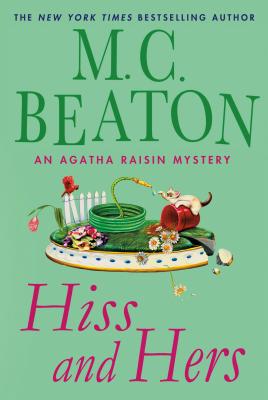 If only the bossy, beloved Agatha Raisin were as lucky at finding the right man as she is at catching killers in M. C. Beaton's New York Times bestselling mystery series

Celebrating the twentieth anniversary of everyone's favorite sleuth, M. C. Beaton's Agatha Raisin is as feisty as ever -- armed with her famous wit and biting sense of humor. This time, though, there's some biting of a whole other sort going on. Agatha has fallen head over heels in love -- again. This time, she has her eye on the local gardener, George Marston, but so do other women in their little Cotswold village. Shamelessly determined, Agatha will do anything to get her man -- including footing the bill for a charity ball just for the chance to dance with him. And then George doesn't even show up. Only partly deterred, Agatha goes looking for him, and finds his dead body in a compost heap. Murder is definitely afoot, but this killer chose no ordinary weapon: A poisonous snake delivered the fatal strike.

Rising to the occasion, Agatha rallies her little detective agency to find the killer, only to learn that George had quite a complicated love life. But murderously complicated? Well, if she can't have George, at least Agatha can have the satisfaction of confronting the other women and solving the crime. With Hiss & Hers, once again, "M. C. Beaton has a foolproof plot for the village mystery" (The New York Times Book Review) in the irresistible adventures of the irrepressible Agatha.
Reviews from Goodreads.com

I used to love the Agatha Raisin series, but the last few books have been less than stellar. I don't like the way the plot quickly moves from thing to another with really no lead up. The first part of this book had a tight plot and was centred around an English country summer. The atmosphere was wonderful, hot, dry with a storm finally coming to break the tension. But the tension of the book itself didn't follow the weather scenario. Then in the last half of the book we jumped 9 months, then a year and then almost 2 years with no plot to sustain this swift passage of time. I realize that cozy mysteries work on their own timeline, but this one was ridiculous. I felt like I was running to catch up to what was happening to Aggie and her crew. And Aggie's neediness for a man is getting old and tired too. We didn't get to see much of the wonderful Mrs. Bloxby either, so that in itself is a disappointment. I would give this one a miss unless you're a die hard Agatha Raisin fan.

Good thing I checked this one out of the library instead of buying it. It's the last in an ever-downward spiral in the quality and interest of the Agatha Raisin books. I haven't liked Agatha much since she opened the detective agency, and the annoying Toni made her appearance. I doubt I'll buy another one of these books. 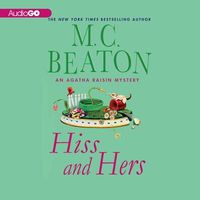 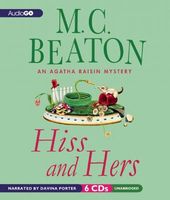