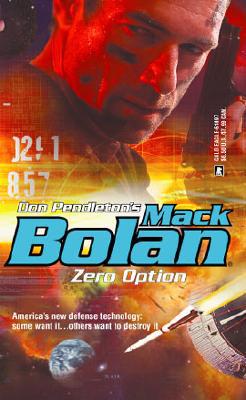 The President has personally pulled Mack Bolan in on this one-a national security crisis involving the most advanced piece of technology ever conceived. Zero Platform is about to become the first orbiting weapons system operated by human/machine interface.

Zero's command center has been razed to the ground, but the person willing to become the first human prototype of biocybernetic engineering survived the attack. Now Doug Buchanan is running for his life, a wanted man on three fronts: by America's enemies determined to destroy Zero's capabilities; by traitors inside Washington plotting a hostile takeover of the U.S. government; and by the only individual who can save Buchanan-and America-from the unthinkable.