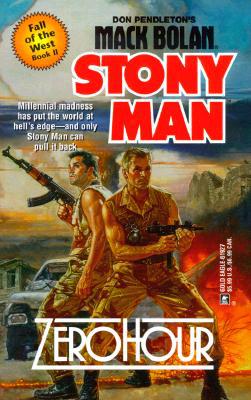 Share:
SECRET WARRIORS
America's elite counterterrorist teams were created to sidestep protocol and politics when crisis strikes. Stony Man becomes America's last chance to stop a deadly plague and nuclear assault against the West. Countdown to the millennium has begun and the pulse of the world is racing with it.

There is a new savior of the Middle East -- and a harbinger of destruction for the West. Untouchable by law or politics, this conspirator has chosen the millennium to send the Western world back to the Dark Ages.
Stony Man warriors Mack Bolan, Phoenix Force and Able Team race against time to find this madman and his cult of ancient assassins.

The countdown has begun. It may be the final countdown.