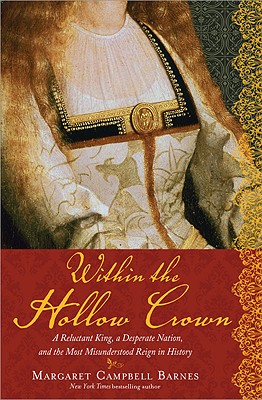 Amid the turbulence of the 14th century, when he was only eleven years old, Richard II was crowned King of England. He was never to know the carefree life other boys his age enjoyed. Instead, the early years of his reign were a constant battle against the machinations of the powerful Dukes of Gloucester and Arundel, who saw him as a pawn through which to further their own ambitions. But on his coming of age, Richard found an unexpected ally in the form of his own wife, Anne of Bohemia. Through the strength of Anne's all-consuming love, he found the courage and determination to stand against his enemies and take his rightful place as a true Plantagenet King.
Reviews from Goodreads.com