Who Ran My Underwear Up the Flagpole? — Jerry Spinelli 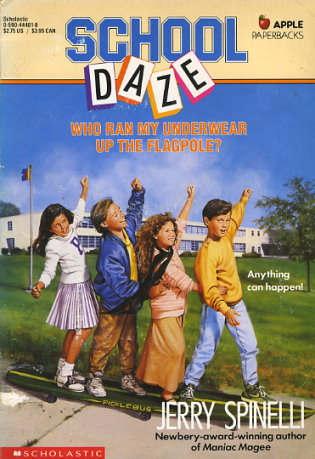 It's football season at Plumstead Middle School, and everything is up in the air. Sunny has become a cheerleader -- the first ever to wear a frown and beat up fans who refuse to cheer. Eddie has gone out for football to prove that he's grown up despite his superhero underwear -- and to try to impress a certain cheerleader. Salem has become the football team's manager, and she's starting a new time-out tradition that the team will never forget. And Pickles is leading Plumstead's pathetic marching band . . . to a very unusual beat.
Reviews from Goodreads.com