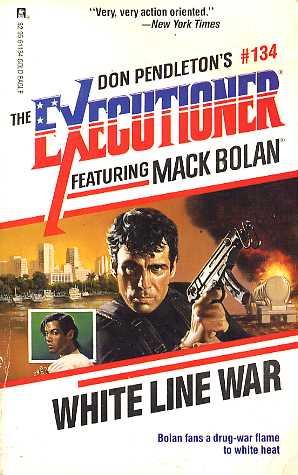 In a push to seize control of East Coast cocaine distribution from Mob hands, a Colombian drug lord has turned the Miami-New York interstate into a killing zone. Innocent citizens are the victims of his ruthless campaign to eliminate the ruling don. The random butchering escalates unchecked ... until the Feds call in a troubleshooter.

Posing as a hitman for hire, Mack Bolan infiltrates the Mob's inner circle in an effort to bring the war to a fiery climax.

Bolan is content to let the Mafia soldiers and Colombian enforcers fight to the finish. But whoever wins must face the Executioner's guns.
Reviews from Goodreads.com