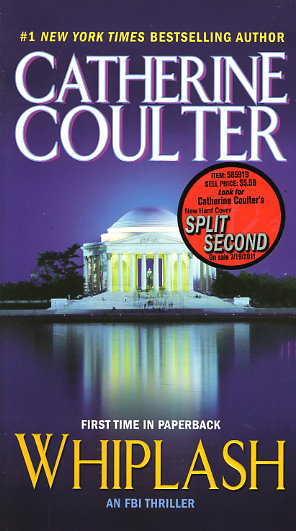 When Yale professor Dr. Edward Kender's father undergoes chemotherapy for colon cancer and the supply of the critical drug Culovort suddenly runs short, Kender hires P.I. Erin Pulaski to prove that something more sinister is going on at Schiffer Hartwin Pharmaceutical. On the same night Erin finds proof of malfeasance, the pharmaceutical company's "Mr. Fix-It" is murdered behind the drug company's U.S. headquarters. The big guns, Savich and Sherlock, are sent to Connecticut to join the local Special Agent in Charge, Bowie Richards. The case becomes more complicated for Erin, since the brutal murder can mean only that the pharmaceutical house has a secret of epic proportions -- one it would do anything to keep hidden -- and she alone holds the key evidence that will nail them.

Back in Washington, Senator David Hoffman is experiencing a ghostly apparition with unknown intent, and Savich van find no earthly explanation. There are attempts on Hoffman's life, resulting in the murder of an innocent. When the vice president of the United States is nearly killed, Savich and Sherlock know they must act fast...
Reviews from Goodreads.com

Schiffer Hartwin is a pharmaceutical company that developed a drug that helps people who are undergoing chemotherapy. When the patent runs out, the profitability is reduced and suddenly the supply runs out.

Dr. Edward Kinder hires PI Erin Pulaski to prove that the company is manipulating the supply. She breaks into the company offices and steals documents that could be used against the company.

The day after Erin breaks in, a German national is murdered on federal grounds outside of the company offices. FBI Agents Lacey Sherlock and Dillon Savich, a husband and wife team are called in, to investigate.

Germany also sends Agent Andreas Kesserling to investigate. They coordinate with Bowie Richards, who runs the New Haven office of the FBI.

When they were summoned, Agents Sherlock and Savich had been helping Senator David Hoffman who had been seeing something outside his home window. When Dillon checks the outside of Horrman's home, a voice of a spirit tells him that Hoffman is in danger.

Cons=there was supposidly unrest in the New Haven FBI office when an outsider was appointed to take charge, instead of promoting from within. However, it is a common practice in the FBI and other law enforcement agencies to bring in an outside commander so prior relationships within an office don't compromise the mission.
...One of the agents had their ring-tone connected to Christmas carols and at a dramatic moment, the reader learns of the playing of "It's beginning to look a lot like Christmas," and other carols. This would be totally unprofessional and it took away from the suspense.
...An FBI agent communicating with spirits.
...repeating dialogue, for instance, "...she ate another shrimp,"I see you like the shrimp." "I always order the shrimp, myself."
...unrealistic dialogue. Agent Kesselring is announced as entering a scene, a character states, "What are you doing here Agent Kesserlring?" The name was unnecessarily repeated.

Pros: The author writes a good story and in spite of the flaws, I was interested to see how the mystery was solved.

I have enjoyed Catherine Coulter's work in the past but I don't think this is one of her better novels. 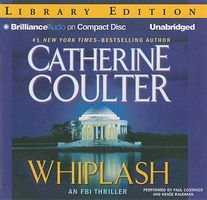 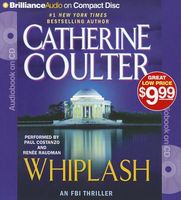