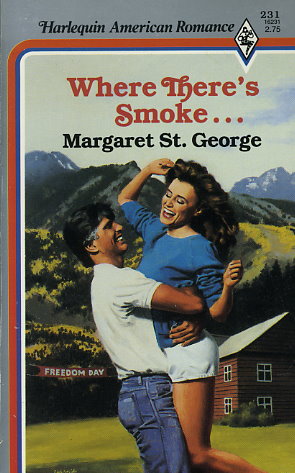 Sammy couldn't renege on a promise to her children

Sammy Woods joined the Littleton, Colorado, chapter of QUIT. But with
Jim Carter in the program, a very nervous Sammy found it harder than ever to stop smoking. Jim was an old flame who still made her pulse race, but romance was definitely out of the question, since Jim and Sammy were both engaged.

Sammy couldn't drop out of the program. She didn't have enough willpower to kick the habit on her own. But how could a woman with no willpower expect to overcome those other cravings, the ones that came straight from the heart?
Reviews from Goodreads.com