When the Bough Breaks — Anne Hampson 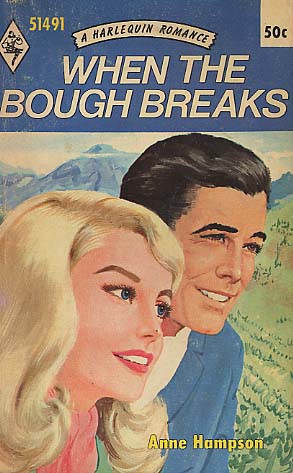 The feud between the two families of Malvern and Lingard was long standing and bitter, but it looked like coming to an end when Sara Malvern became engaged to Alex Lingard.

With so much ill feeling on both sides, what possible chance was there for the marriage to be a success?

Certainly only love could work such a miracle!

The feud between the two families of Malvern and Lingard was nearly as long-standing and bitter as that between Montague and Capulet, but it looked like coming to an end when Sara Malvern became engaged to Alex Lingard. But the engagement was broken and the feud promptly blazed into life again when Alex's brother Ralph decided to revenge himself on Sara for the hurt she had caused his mother. Ralph's method of doing this was to trick Sara into marrying him, and then announce that, although the marriage would be only in name, he was going to ‘tame' her, Sara who had long ago declared that no man would ever dominate her!
With all these wrong feelings on both sides, how could the marriage ever succeed, and where was it going to get either of these willful people?