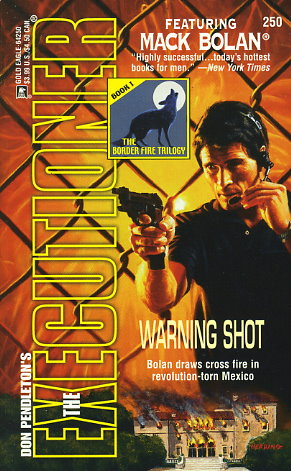 Mexico is under siege by civil war, and the escalating murder and mayhem has spilled over into U.S. border cities in a flood of cheap drugs, violence and illegals.

Crisis mounts as American tourists are kidnapped by revolutionaries. The Mexican president himself is under suspicion. Posing as his bodyguard, Mack Bolan puts himself in the dead sites of two extremist groups determined to assassinate Mexico's leader.

Now the Executioner must decide if Juan de Fierro Blanco is a brilliant mastermind...or a fall guy for a more sinister agenda.