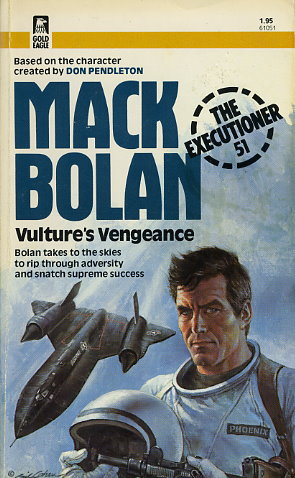 Mack Bolan knew it was now or never-never land as he reached for the ejection-seat handle. He rocketed into the night above the exploding fighter jet... and directly into the path of his pursuer's lead-spitting plane.

Even if he reached the ground alive, the madness would not be over. It had only just begun. His mission was to locate and recover the kidnapped wife of the ambassador to the U.N. and destroy the terrorists responsible.

The kidnappers were highly trained U.S. combat veterans turned mercenary terrorists. Bolan had fought alongside many of them in Vietnam.

Killing them would not be a pleasant task.... Nor an easy one.