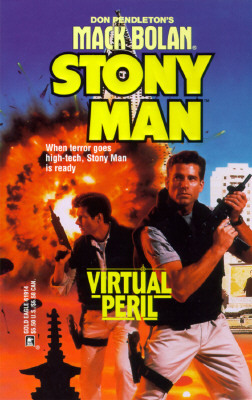 Stony Man is hardwired into battle when crisis strikes. But with the ground forces fully engaged, the struggle escalates to another dimension, putting at risk every commando, every mission.

When North Korea captures a SEAL team, the world is flooded with media images and film footage of American aggression on the seas. International outrage and condemnation follow, and for the U.S. there is only one option. A covert probe to recover personnel and the illegal arms shipment the SEALs had pursued.

Stony Man's initial breach of the Korean border ends in capture for one. betrayal for all. For even as they are lured into battle an unknown enemy strikes deep at the heart of Stony Man.