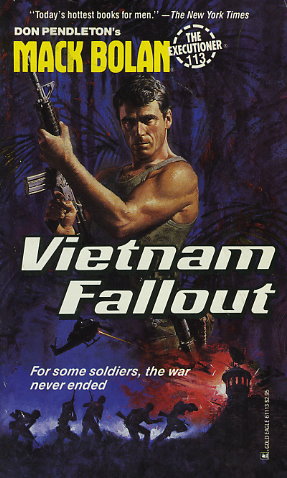 When a top-level Vietnamese diplomat is targeted for assassination, a New York cop gets caught in the cross fire and dies in the arms of his former war buddy, Mack Bolan.

Bolan prowls the seedy back alleys of Little Saigon and discovers a deeply entrenched network of ruthless extortionists--and rumors of a heroin pipeline that stretches to Southeast Asia.

The Executioner returns to the hellgrounds that spawned him, and comes face-to-face with the shadowy kingpin of an international drug ring--a rogue U.S. Army colonel presumed killed during the war.