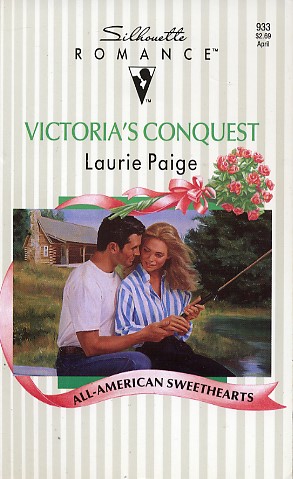 Victoria Broadrick, the mayor of Paradise Falls, was as resourceful as she was beautiful. The lovely widow's plan to lure business tycoon Jason Broadrick back to his hometown was unemotional and entirely official--until she met her long-lost admirer face-to-face.

Jason had wanted Victoria from the instant he'd seen her--the day she'd married his cousin. Now Victoria was free and needed his help. Well, he needed something from Victoria, too. But he'd only strike a deal with Her Honor on his terms. Where Victoria was concerned, Jason knew better than to risk his most valuable asset--his heart!

All-AMERICAN SWEETHEARTS
A lost love, a new love and a hidden one--three All-American Sweethearts get their men in Paradise Falls, West Virginia.