Vices of My Blood — Maureen Jennings 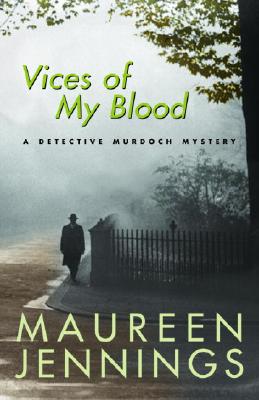 Share:
In his forties, the Reverend Charles Howard still cut an impressive figure. A married Presbyterian minister in Toronto's east end, Howard was popular with the congregation that elected him, especially with the ladies, and most particularly with Miss Sarah Dignam. Respected in the community, Howard, as Visitor for the House of Industry, sat in judgment on the poor, assessing their applications for the workhouse.

But now Howard is dead, stabbed and brutally beaten by someone he invited into his office. His watch and boots are missing. Has some poor beggar he turned down taken his vengeance?

Murdoch's investigation takes him into the arcane Victorian world of queer plungers -- men who fake injury all the better to beg -- and the destitute who had nowhere left to turn when they knocked on the Reverend Howard's door.