Valley of the Vapours — Janet Dailey 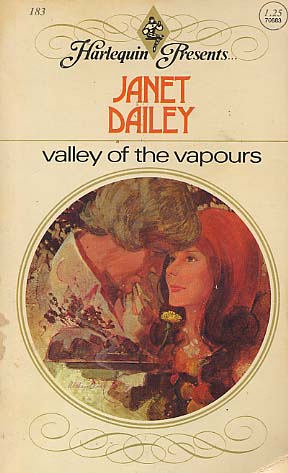 Share:
"You will do as your father wishes," Roarke stated in a very quiet and very firm tone. He gave her a little shove.

Tisha was defeated and she knew it. One glance at her father showed the glimmer of respect in his eyes for the strong authority in Roarke's voice.

The direction of her tongue-lashing was equally divided between the two men. "I think both of you are disgusting with your high handed arrogant male airs! I'm leaving because I can't stand the sight of either of you!"