Up In Flames — Rita Herron 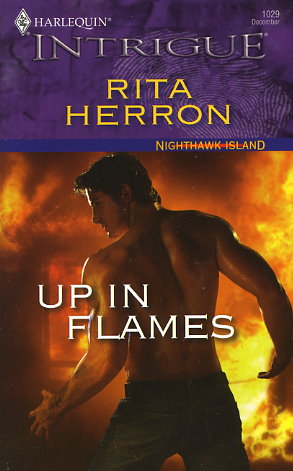 Southern summers were notoriously hot. But when a series of deadly fi res blazed through the city, Detective Bradford Walsh really felt the heat. With temperatures rising, he had to catch the arsonist before the city was reduced to a pile of cinders.

AND AN ATTRACTION BURNING OUT OF CONTROL

On the hunt for a killer, all roads led to one woman: Rosanna Redhill. The fi res seemed to target the elusive beauty, and Bradford had to know why. But he couldn't let Rosanna's smoldering glances distract him from his investigation. Because then he'd have another fire to extinguish...one that threatened to send them both up in flames.