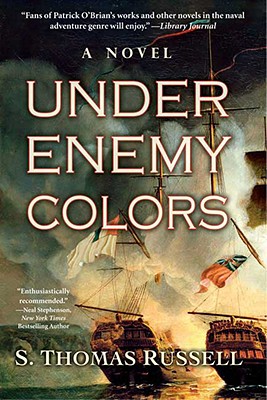 Share:
At the time of the French Revolution, one of Britain's most skillful naval officers, Charles Saunders Hayden, is a young lieutenant, the son of an English father and a French mother. His abilities and his loyalty to the king of England are beyond dispute, yet his career seems doomed by his "mixed" heritage and lack of political connections. Consequently, Hayden is assigned to an aging frigate, the Themis, under the command of Captain Josiah Hart, a man known as "Faint Hart" throughout the service.

As the Themis takes to sea to harass the enemy, the disaffection of the crew begins to boil over into acts of violence, and the lieutenant finds himself caught between his superior and a crew pushed toward mutiny. A revolution at sea ensues, and Hayden is wrenchingly torn between honor and duty, as the magnificent Royal Navy engages the French in a centuries-old struggle for power.

This is a novel that satisfies on all levels, and will be loved by a wide range of readers: Patrick O'Brian's adoring literary following, as well as readers who love Bernard Cornwell, Steven Pressfield, and Jeff Shaara. Its scenes of maritime warfare match, and even surpass, O'Brian's for majesty and drama.