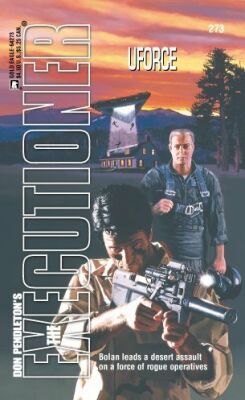 Operating from underground bases in the desert, UFORCE hides behind today's most popular conspiracy theories: alien aircraft. Area 51, doppelgangers, extraterrestrials and Men in Black. Now armed and at war with their own government, UFORCE is more lethal, impenetrable and maybe impossible to stop.

The Executioner joins a battle both savage and surreal. complete with UFOs and little gray men. But behind it all is a conspiracy of real enemies -- human traitors whose blood spills bright red....