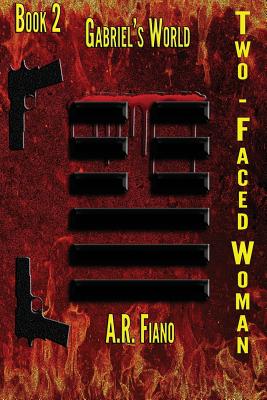 Share:
Who Will Catch You When You're Falling? New York City private investigator Gabriel Ross is undergoing severe psychological trauma from events during the previous summer (The Hanged Man). However, he immerses himself in the cases of two special women. Sophie Faulkner, a woman with a second self, has been falsely accused of murder. Geneva Lennon, a transgender woman, is searching for her true birth identity. While working to help these women Gabriel also attempts to reclaim his spirituality and deal with his turbulent relationships. His boyfriend Alex is trying to change him and make him quit his profession. But Gabriel's loyal ex-boyfriend Joel is backing up Gabriel on these cases, and he may convince Gabriel he’s the love of Gabriel’s life. Two-Faced Woman is set in duality: two loves, two clients, two realms (dreams and reality), and mixing the spiritual and the physical. And the danger is double-downed, with two brutal criminals who will make Gabriel face his biggest risk yet—what he has to become in order to take them on. Two-Faced Woman is the second book in the Gabriel's World Mystery/Thriller/Queer Fiction Series, and continues the story of Gabriel Ross, a brilliant and intuitive New York City private investigator and fearless, tenacious artist Joel McFadden. Gabriel’s cases take him and Joel to dangerous places internally and in the real world. On behalf of his clients, Gabriel seeks justice while risking his license, freedom, and life. The Gabriel’s World Series features a gay protagonist, bisexual, transgender, and genderqueer characters, conspiracy, thriller, and dark psychological themes--exploration of the extremes and complexity of good and evil. Each story features the same characters in different but often interrelated cases, and in continuing development of personality and relationships. Each has a stand-alone theme and style, and each story builds upon the previous story and lays the groundwork for the next. Gabriel’s World – It’s Time for New Heroes. Welcome to our World. NOTE: Two-Faced Woman contains adult content including explicit physical violence, intense situations, strong language, and sexual situations.