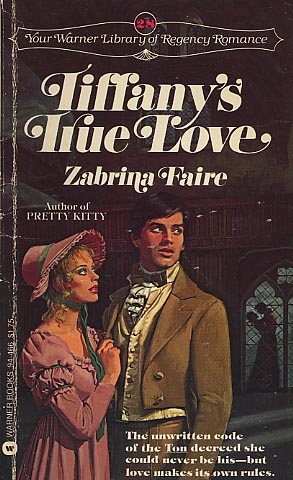 Though she was little more than a child, she had known Peter must face the truth. She had led him to the moonlit abbey ruins, to the lovers' tryst, so that he could see that his fiancee was untrue to him.

Now, five years later, a grown-up Tiffany awaited Peter's return, hoping he had realized her motive, hoping he would see the love in her eyes and want to marry her. For she wanted him--though the ton pronounced him unsuitable, though life as his wife would be hard. She would marry him today, would love him forever. He would love her too, she knew, but he must forgive her first.