Thief of My Heart — Lynna Banning 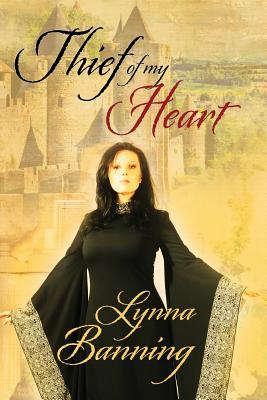 Share:
At the turbulent 12th century court of Queen Eleanor of Aquitaine, Sir Thomas Lynford, the queen's champion knight, is summoned to catch the jewel thief who is robbing the queen's wealthy, titled courtiers. His promised reward is marriage to the richest heiress in England. All goes well until Thomas meets Lady Yvonna del Raphael, a penniless widow who has fled to Eleanor's court from Cyprus. Yvonna's secret will threaten both the queen's matchmaking scheme and Tom's search for the thief.