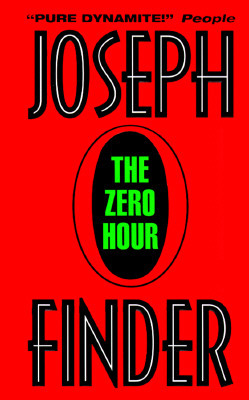 Share:
A breathtaking escape from a South African prison. A call girl found brutally murdered. A fugitive American billionaire obsessed with revenge. A digitally encrypted telephone call is intercepted by NSA's spy satellites high over Switzerland, and Special Agent Cahill is urgently summoned to investigate an impending terrorist attack on Manhattan. Her investigation immediately turns into a desperate pursuit of a charismatic and exceptionally dangerous South African terrorist-for-hire.

Realizing Sarah is onto his plans, he plunges her - and her eight-year-old son - into a terrifying cat-and-mouse game in which their lives become intertwined, forcing Sarah to race to uncover a diabolically clever terrorist conspiracy . . .before the zero hour.