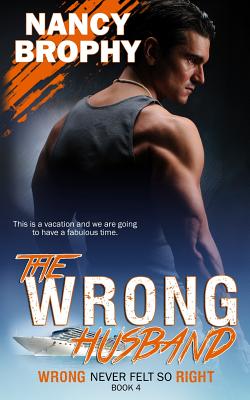 Nicole Layton is a desperate woman. Her husband, Senator Linus Layton, not only abuses her but holds Nicole's brain-damaged niece hostage to keep Nicole in line. The teal-eyed beauty is no dumb blonde. Her plan to escape during their upcoming anniversary cruise in the Mediterranean and hide out in Spain goes array when the cruise ship wrecks off the coast of Italy. With a leap of faith, she jumps early and rows for hours. Later, weary and exhausted, she drags her inflatable raft onto the Italian mainland having no ID nor a way to get home. She's come so far on her wits and planning, but she's out of ideas. Austin Stevens knows when a woman is in trouble. Hired by the Senator's insurance company to prove foul play, Austin Stevens of Stevens Security hunts for the presumed dead woman. He’s on a race against time and pitted against a clever enemy. To collect on the multi-million dollar Insurance policy, Layton must produce the dead body of his wife. He hires Black Adder, a private paramilitary operation to ensure that her body will be delivered. Monumental forces are at work. With chaos at every turn will Austin rescue her before Black Adder finds her? Even if he does, will her husband ever stop hunting her? This is not the first woman Austin Stephens has helped, but she is the only one who has him spinning in the wind.
Reviews from Goodreads.com