The World Next Door — Brad Ferguson 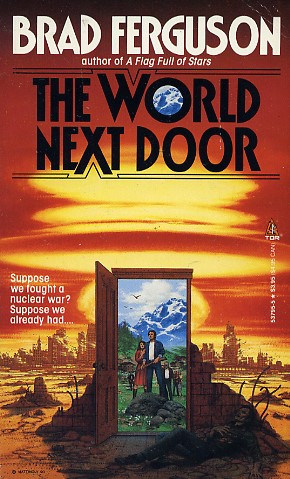 World War Three finally struck in 1962. Atom bombs fell like the wrath of God...but it was not quite the end of the world. In the Adirondacks and elsewhere, a handful of men and women hang on to a simple, primitive existence.

Now, decades later, the survivors are troubled by strange dreams of another Earth, a world of computers and electricity and television, a world that has escaped nuclear devastation...so far.

Another war is coming. Even bigger than before. And as the wall between the worlds dissolves, so does humanity's hope for a second chance....