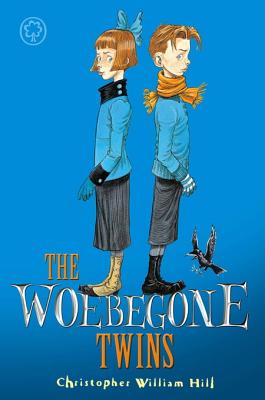 Share:
When twins Greta and Feliks are sent to the ill-omened Schwartzgarten Reformatory for Maladjusted Children it seems their fate is sealed: that is until they are rescued by the glamorous Olga Van Veenen, a fabulously wealthy children's author, plagued by writer's block. But Olga's life is apparently in danger, threatened by a second-rate novelist who wishes to see his rival dead. When Olga and her faithful retainer, Valentin, disappear from the eerie and imposing Castle Van Veenen, many miles north by train from Schwartzgarten's Imperial Railway Station, Greta and Feliks conclude that the murderous novelist has finally exacted his revenge on Olga. Only by using their wits are the twins able to rescue their guardian before it is too late. As if by magic, Olga's writer's block lifts, and she quickly produces and publishes a new book for children. The novel has eerie similarities to the twins' adventures in Castle Van Veenen, and Greta and Feliks begin to question whether their guardian has deliberately placed them in danger for literary inspiration. But Olga Van Veenen has come too far to have her reputation muddied by the allegations of the twins, and will stop at nothing to silence them forever.