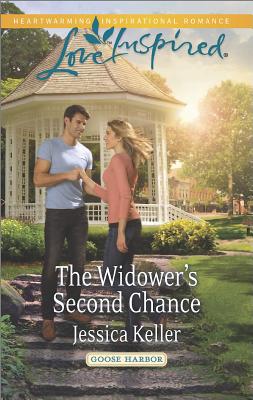 Idyllic Goose Harbor, Michigan, offers a fresh start for broken-hearted Paige Windom. In addition to securing a teaching job at the high school, she'll fulfill her dream of helping at-risk teens in a nearby inner-city mentoring program. But Caleb Beck, a handsome yet overprotective widower and the center's founder, doesn't want Paige anywhere near the place. He's afraid she'll get hurt -- just like his late wife. Paige knows she can do a lot of good -- for the kids and Caleb himself. If only she can show him how to let go of his fear, maybe they'll both find a way to reopen their wounded hearts.

Goose Harbor: Love is in big supply on the shores of Lake Michigan.
Reviews from Goodreads.com

From the very first page, I knew this book was going to hold promise. From the moment the two met, the interaction between Paige and Caleb promised to make the book an excellent read, and I wasn't mistaken. There was chemistry from the beginning, and both characters made their agendas clear. Paige's troubled past made her reach out to kids in trouble while Caleb held on to the charity for trouble kids as a memorial to his wife who was killed while working in the unsafe part of town. But Caleb took exception to Paige wanting to work there and fought her every step of the way.

The trauma that Caleb suffered was raw and deep, and he reacted naturally to the pain he still carried. Though he was ready to move on, he couldn't let go of the fact that that place was dangerous. But Paige had a soft way about her that helped him to eventually see the truth.

I am interested in the other books in this series. Caleb's sister in law has her own story. His sister does also. They both sound like promising characters - two of which I really liked in this story.